In addition to griffon vultures, the Birds of Prey Protection Foundation, as its name suggests, also works on the protection of other birds of prey. In the recent years I went with people from the Foundation to Veliko ratno ostrvo or Great War Island (a river island) on the Danube in Belgrade. One of the reasons is that these trips are short and then I can fit them into my free time more easily and the other is that I live only a couple of hundred metres away from the place from which boats taking us to the island in the middle of the Danube leave. It has only been recently that I became aware that Veliko ratno ostrvo is in fact an area protected as the landscape of exceptional features. Its tip which is the first point hit by the Danube flowing from the north is a picnic area with a river sand beach, but the vast majority of the island is pure nature with a few paths and a couple of observation posts. There are also few people who have some apparently illegal shacks made of wooden boards there and who try to grow some vegetables on the island, but this takes only a small portion and I sincerely hope it will be cleared over time. What I really love about this island is that a few years ago the Danube reached its record levels and at the time the new highest level of the Danube was established which is almost 3 metres above the highest dry land point of the island. I believe that it is precisely this natural element that prevents “creative” and “entrepreneurial” individuals and companies from starting with “lobbying” and making plans for turning this beautiful piece of nature next to a city with some million and a half inhabitants into, God forbid, an “exclusive residential area” or a golf course. 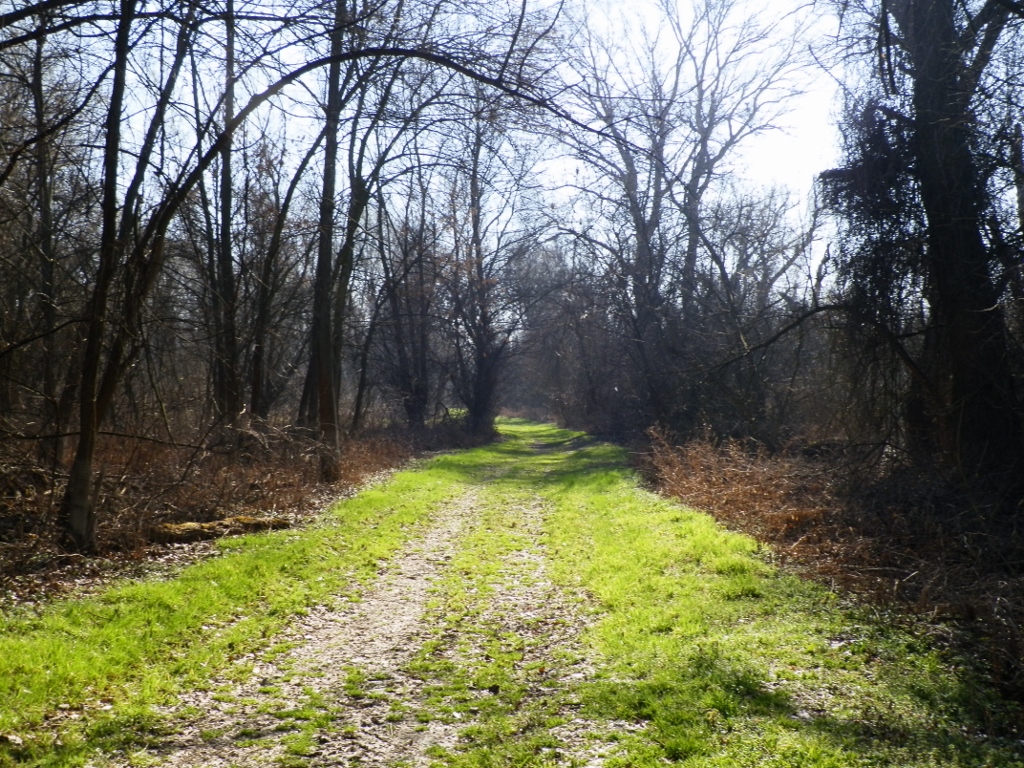 A path on Great War Island

The main reason why the Foundation members went to the island on the day I first joined them was to establish exactly where a pair of white-tailed eagles had built their nest. Namely, a couple of years earlier it had been noticed that a pair of white-tailed eagles had an intention of building a nest on the island. I think they even started with the “construction works,” but that year, in the period when the birds are very sensitive to the events in their surroundings, the government decided to celebrate some holiday with a bang. That actually meant a military exhibition in the Usce park (on the banks of the Danube directly opposite the island) including overflights of supersonic jets. To be frank, I love to watch these jets as much as any man, but over time I have become aware that their activity in the period when eagles are trying to build their nest is not good and I would be very much ready to sacrifice the pleasure of watching and listening to the thunder of the steel birds in favour of a cosy home of two eagles whom I may never even see. Of course, that year when the exhibition was held, the white-tailed eagles simply changed up their minds and gave up Great War Island.

A couple of years after the military event in the Usce park, the eagles did come back and they finally managed to build their nest in peace, so this group of ornithologists and students from the Faculty of Biology, myself as a layperson included, went to the island to establish the exact location of the nest. First we had to spot the nest and for this purpose we entered the forest and dispersed. Do I need to emphasize that this was the first time I did something like this? Do I need to emphasize that fortune sometimes likes to favour such rookies like me? Well, this was the case this time and I cannot begin to describe the kind of joy I felt when I noticed something in the distance that may be a large nest. It was as if I had won a gold medal in whatever! Then I consulted the experts to see if what I saw could be the nest and they agreed, after which we immediately moved away and returned to the path. Actually, not all of us, but rather Irena (Hribsek) from the Foundation and another colleague went to the tree itself in order to get the precise position. While we were waiting for them to come back, Sasa (Marinkovic) was very nervous and worried lest these two stayed there too long, as that could upset the eagles that have fantastic sight and could easily see everything that was going on around the nest, even though they were flying high above the island. 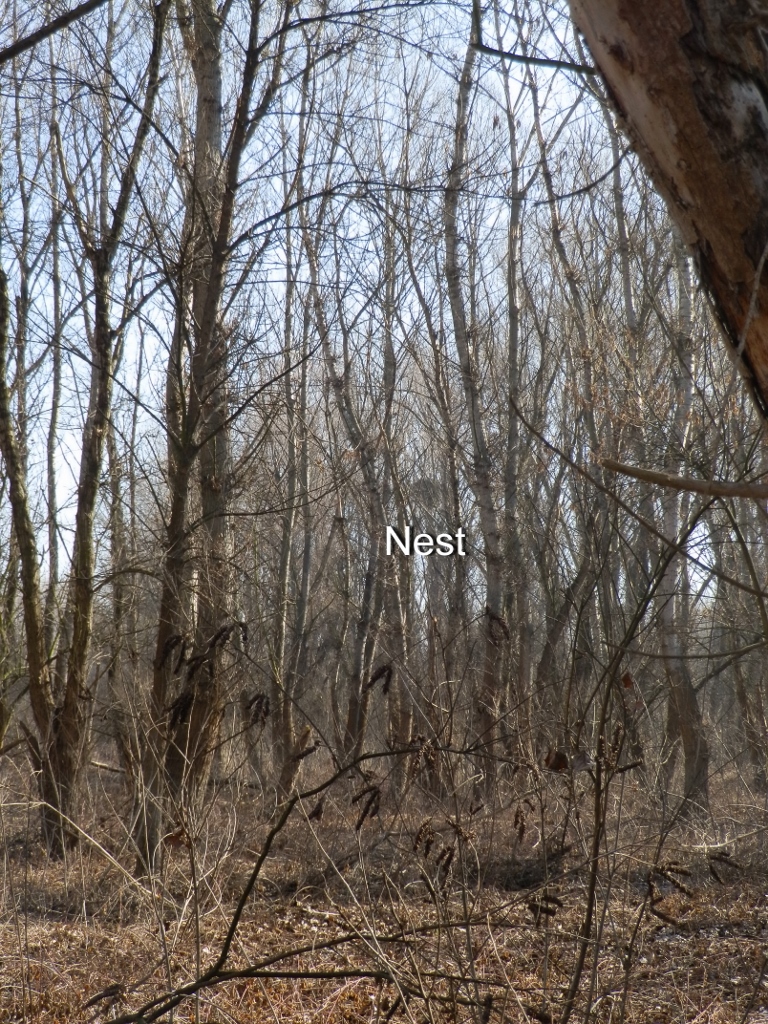 The nest may be spotted above the text

It is important to bear in mind that the building of a nest, laying down of eggs, hatching and growing of chicks enough to leave the nest takes several months, somewhere from February to June, and it is extremely important not to disturb eagles during this period either by physical coming near or by sound. The noise that can reach the nest may be a result of significantly more peaceful activities such as concerts that are organized in the Usce park from time to time. The Rolling Stones had a concert there and so did Madonna, Billy Idol and Metallica, but as far as I remember they were all there in the period when the birds are not particularly sensitive and vulnerable. The Foundation makes sure that Belgrade city authorities are informed when they should not issue permits for concerts and other events in order not to endanger the delicate natural balance that exists on this wonderful island. And this is no small feat, for eagles are serious birds and this concerns a white-tailed eagle, the largest eagle of Europe, that has settled naturally at 1.7 km from the very centre of a city with 1.5 million residents. This is an exceptional rarity and as such needs to be appreciated, cherished and supported. 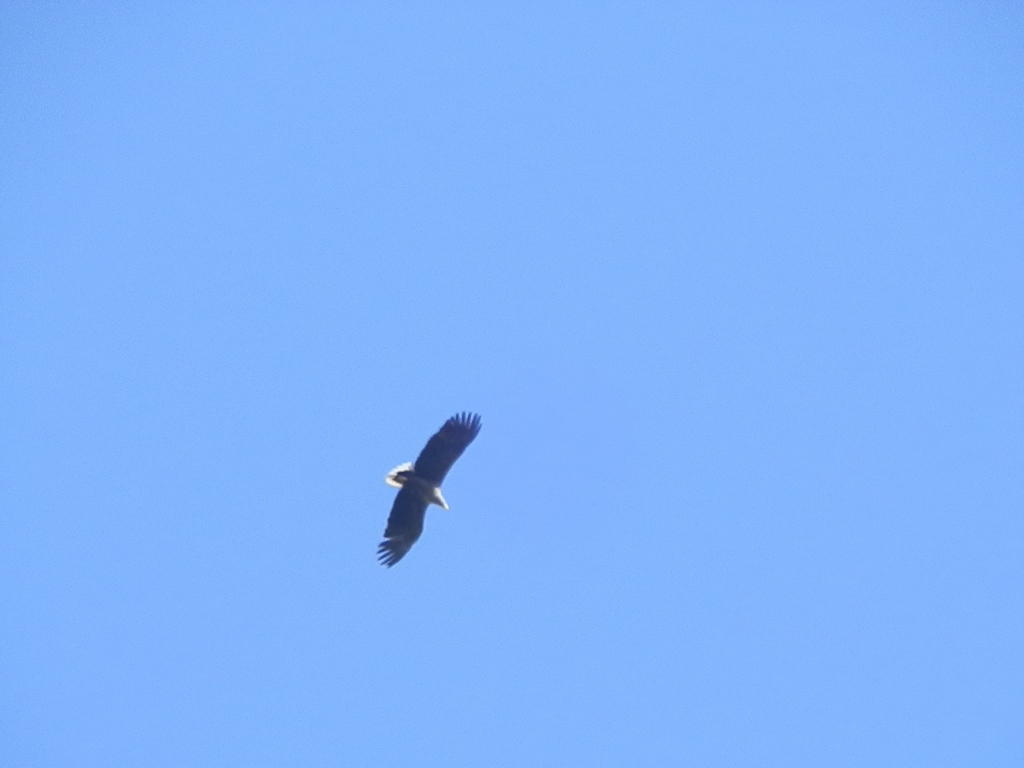 By the way, I should mention that in 2016 we got very special newcomers to Belgrade, two eagle chicks, while at the beginning of 2017 a new generation began to be reared by Radovan and Ruza (the proud parents). General information as well as information on the events on this topic, including video stream, may be obtained either through the site of the Foundation or their FB page (the page name is Fond za zastitu ptica grabljivica). Namely, in the meantime, the Foundation has installed a high pole with a camera that allows us to monitor the events in the nest while not disturbing the eagles in the least.

During summer, when there is a swimming season at Belgrade rivers and Ada Ciganlija lake, there is usually a very nice, almost traditional cooperation with the Serbian army. The municipality of Zemun, which is a part of Belgrade, then signs an agreement with the army which places a pontoon bridge from the shore to the island so it is possible to walk to it. As I’ve mentioned, the tip of the island is made of sand and there is a beach and a picnic area called Lido, but it is also possible to go for a walk around the island following a circular path which is quite accessible. However, there is a serious warning for all those who dare walk this way during summer. There are LOTS of mosquitoes and it is necessary to take all possible precaution against them – long sleeves and trousers, as well as repellents. In addition, since this is a flood area, the air tends to be very humid, which in a combination with summer heat is not very pleasant. Still, the beauty of the place is worth the effort and the mosquito-induced torment. The path leading around the island also passes by a slightly developed lot where the Public Utility Company Gradsko zelenilo (City Greenery), in charge of the Veliko ratno ostrvo, has its wooden stilt house for guards, but there are also other elements, including showers and different accessories, because research camps for students of Belgrade University are organized here from time to time. 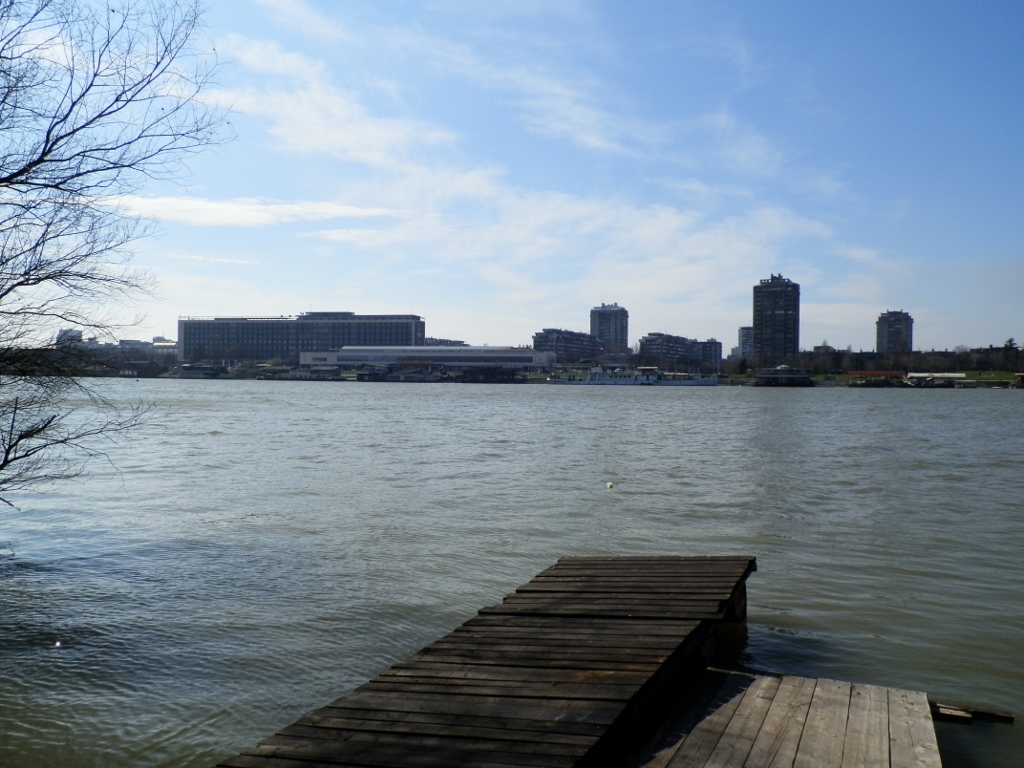 And finally, let me stress once again that Great War Island has been declared the landscape of exceptional features and is under the protection of the state. I live very near this part of the Danube and over time I have started to think about this in more detail, after which I have come to realize that this is a great privilege. We, Serbs, tend to be too careless when such things are concerned, but to live at only a couple of hundred metres from a protected area, and still be in a large city, is not and should not be seen as a minor thing. Especially when one can sit on his or her own balcony, enjoy a coffee and look towards the city that is being circled by eagles.

I’ve been in Paris a few times. The first time, many years ago with my mom and this…

A couple of years after my visit to the landfill for the purpose of counting gulls, I finally managed…